A Safari For All Seasons

The beguiling beauty of visiting South Africa is undeniable for many reasons. For one, we have gorgeous weather year-round, especially in the north-east of the country at Klaserie Private Nature Reserve. And, different seasons bring different faces of this fantastic part of our world; each displaying splendid qualities and striking expressions. 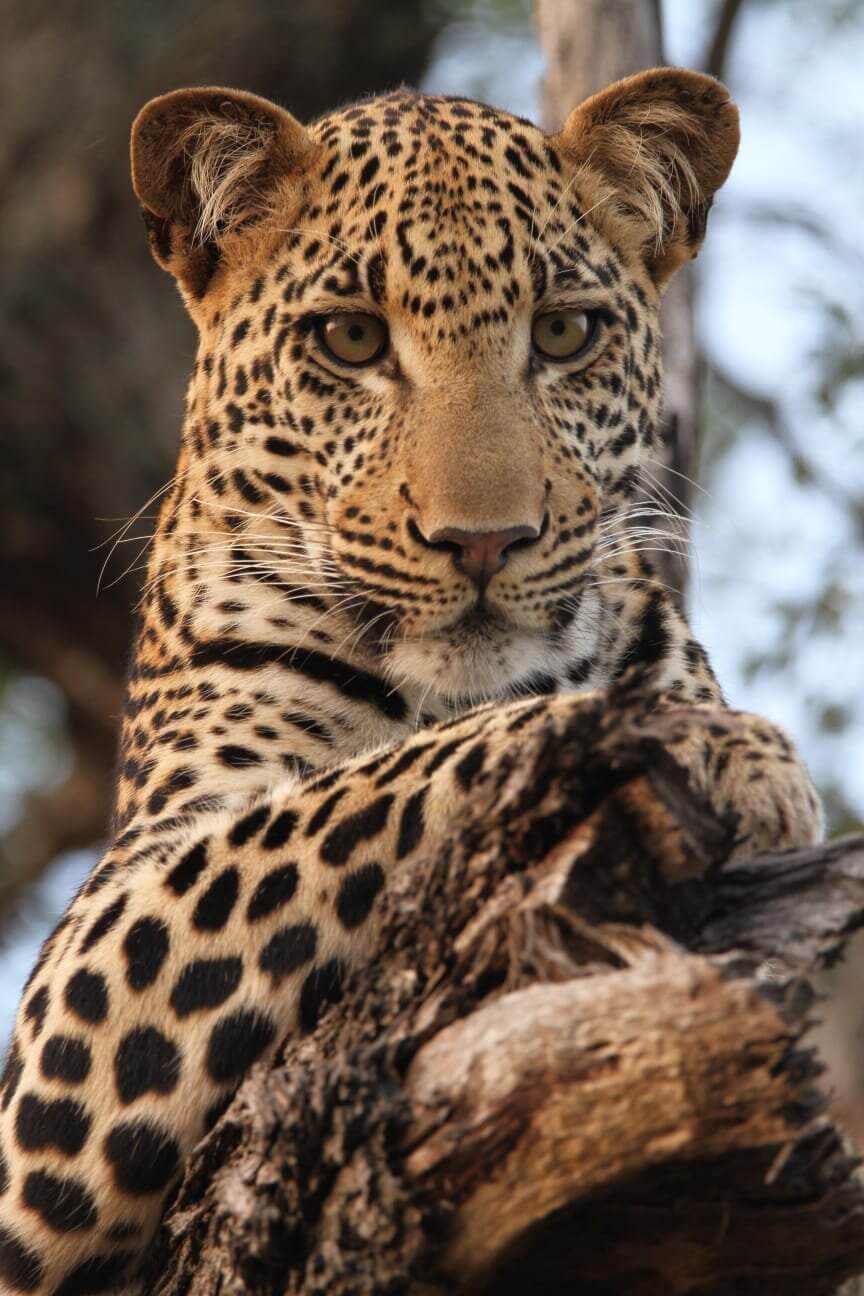 At The Last Word Kitara, we classify these seasons into three distinct periods. In this edition, we unpack the virtues of each so you can work out which may resonate with you best. Each holds the potential to leave you with special memories – moments in time you'll carry with you forever.

If you, like us, are longing for a safari adventure then we've got just the antidote for you. Join us now on an armchair safari where we cast our minds back over the past year. When you're ready to make your booking once the dust has settled, we'd be delighted. Here's a glimpse into our wild world.

January to June: Mid-Summer through Mid-Winter

What can be better than warm, summer rain and the clean, fresh air that follows? Summertime is a delight in the Klaserie, transforming the bush into a lush green paradise. With rain comes brimming waterholes and rushing rivers and that opens a whole new world of beauty in the natural realm.

The north-east of South Africa blesses us with warm weather in this period. Temperatures in the daytime reaching the mid-thirty degrees celsius, and typically carry with them the promise of majestic thunderstorms in the late afternoon. Believe us, a quick refreshing rain shower in the afternoon is most welcome during these months! Against this verdant backdrop, the antelopes drop their young, so you can look forward to congregations of giraffe, jackal and impala, all in all making it a magical time. Such backgrounds with baby animals as subjects are but one of the many reasons photographers flock to our reserve during these months. After the afternoon rain, the sky brightens and holds an almost iridescent quality that mesmerises our camera wielding guests.

Some unique sightings we've recorded include porcupine, civet, genet, African wild cats, and the notorious honey badger. January to June is also an excellent time for birding, and in particular, raptors. Our raptor and owl sightings are as frequent as they are diverse. Here, you can see Pearl Spotted, Barred and Scops owls often. You could hear their endearing owlets hooting at night from camp. We also have African Fish Eagles when the water in the Klaserie river is in full flow. The sound of their haunting cry is synonymous with the African bush.

From late April onwards you will be treated to magnificent herds of buffalo moving through the reserve, some throngs up to 80-strong. Mid-April onwards they swell to 300 or so. It is a majestic experience to behold. The dirt clouds billow overhead as they push through the bush single-mindedly, a great heaving mass of hide, hooves and horns. An incredible sunset awaits as the dust settles in their wake, the copper sun sliding behind the horizon line, beckoning twilight.
This time of the year also brings frequent sightings of hyenas, a member of the 'ugly five', so named for their unseemly, rather ungainly appearance. They share this moniker with four other unfortunate-looking animals, namely wildebeest, marabou stork, warthog and vultures of all types. Hyenas are incredibly curious, and some youngsters have even approached the safari vehicle at times, when their interest has taken them over. Sightings of African wild dog or, painted wolves as they're otherwise known, is always a treat. Any opportunity to view Africa's most endangered predator in action is indeed a privilege. Iconic megafauna frequent the area, especially elephant and lion are seen quite regularly during this time. Of course, ever living up to its name, the elusive leopard remains a rewarding sighting no matter which time of year. Our resident leopards are becoming ever at ease with our presence, allowing us rare, unhurried glimpses into their majestic world. If we enjoy any sightings of rhino, that enormous grey 'unicorn' of the bushveld,  I'm sure you will forgive us for not mentioning it here. We want to keep their location a well-guarded secret for their protection. Our teams on the ground remain on high alert, now especially.

July to September: End of Winter and into Spring

Although chilly in the early morning and evenings, the daytime temperatures in July and August are beautifully balmy. In our spring month of September, temperatures rise into the mid-to-late thirty degrees celsius most days. As is to be expected, the bush is incredibly dry, but there are still well-vegetated grass areas.

The Olifants River flowed strongly throughout the end of winter last season. However, towards the end of September, it dried up to a trickle and rather suddenly at that. Luckily, this made the nearby Nzumba, Dundee & Wild Dog dams busy thirst-quenching hubs for a wide variety of animals and birds. During this time of year, the beautiful impala lilies bring a welcome flash of colour, a beautiful accessory to complement the bush's otherwise drab winter garb.

Our general game sightings throughout this time are usually excellent. As the bush dries out, food becomes scarcer and less nutritious, and wildlife frequently move into camp for grazing. You can see the game up close, ranging from warthog, nyala and klipspringer to a plethora of birds. Wintertime belongs to the 'slow safari'. Kick back on Kitara's sun-drenched deck and enjoy the safari unfold right in front of you. Add binoculars and your favourite beverage, and you're good to go. The riverbed setting of our lodge offers a myriad of game watching opportunities, from the comfort of your armchair or sun lounger. Even though the migratory birds only start returning in October, we have beautiful resident birdlife during this time.

With the waterholes frequented by wildlife over this period buffalo, elephant and lion are sighted quite regularly. We celebrated no less than thirty-four individual viewings of leopard over this time in 2019. These majestic encounters comprised females, a young male, a large female, a large male, a female with two cubs, a male cub on a kill, and a female on a kill. Hopefully, we'll be just as lucky this year.

October to March: A Summer Season of Plenty

In November 2019, we opened The Last Word Kitara in partnership with our wonderful Klaserie partners, the Crabbia family. The summer rains transform the Klaserie Private Nature Reserve into a lush, verdant buffet for wildlife.

The start of summer brought with it vast herds of giraffe, zebra plus a wide variety of antelope species. They arrived in their droves; from the shy yet sure-footed steenbok to impressive herds of impeccably groomed impala.  Indeed, they all added a bit of magic to the melee and a glorious scene to behold.  We are excited by the frequent sighting of ground hornbills (the subject of Klaserie Private Nature Reserve's particular conservation focus), civets, porcupine and African wild cat to boot. We were even lucky enough to see a honey badger; its quick, purposeful gait communicating heaps of attitude very clearly. Prudence prevailed in our party, and we gave it a wide berth.

Birdlife is always abundant in the summer months. The seasonal rain attracts the intra-Africa migrant species like an unstoppable magnetic force, drawing them back to us for their season of plenty. They are splendid in their summer plumage. We especially love catching sight (and sound) of the Woodlands Kingfisher, fish eagles and queleas. The bush is all a-flutter with the welcome caucus and commotion that our feathered friends bring. Summer is a prime time viewing season if you're keen to focus on the iconic African species. Buffalo, elephants and frequent, thrilling encounters of lion and leopard are well-anticipated by us all.

We look forward to the day that you can experience the beauty and prolific wildlife of the unique Klaserie Private Nature Reserve for yourself. There's no "best time" to visit the Klaserie, only "special times", each as splendid as the next. A visit is a gift to give yourself. Get in touch with us for our year-round specials and experience a safari the way you should; in luxury with The Last Word.