As we are venturing into mid May, winter starts to become more noticeable. We have begun to see the changes that come with the winter season - leaves falling, migratory birds having left to different parts of the world and the small inland pockets of water drying up. 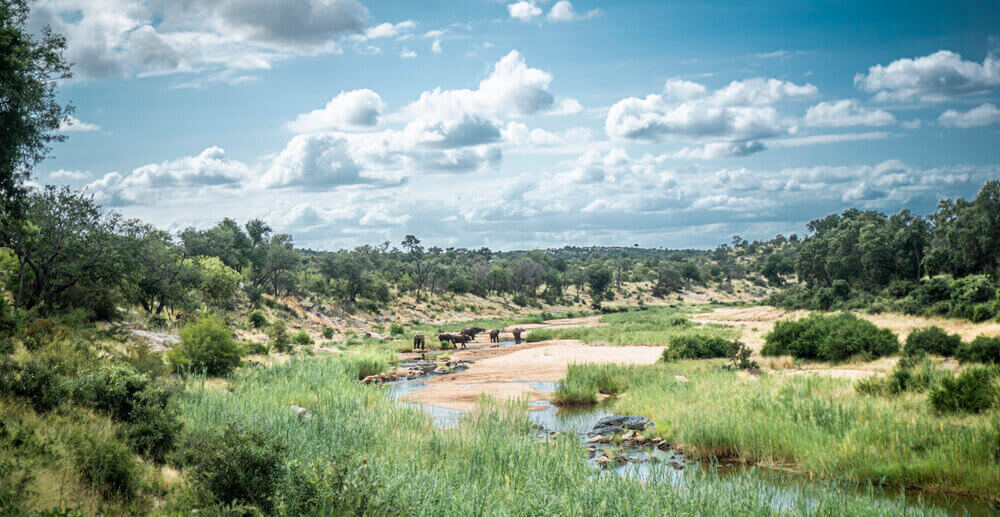 As we venture towards the end May, winter starts to become more noticeable. We have begun to clearly see the changes that come with the winter season -  leaves falling, migratory birds having left to different parts of the world and the small inland pockets of water drying up. This means that the Klaserie River is starting to become a lifeline for many species. An increasing number of elephant breeding herds have been seen drinking and playing in the river ,in front of The Last Word Kitara, over the last couple of days. A large number of buffalo bulls have also been seen grazing along the banks of the river line and on warmer days wallowing into the cool flowing streams.

The impala rutting season is very much upon us. We have seen them on a daily basis across the river chasing, snorting and growling at each other to indicate territorial dominance and ensure their mating rights with a breeding herd of females.

In the early hours of Monday morning we were woken by the distant calls of an African wild dog pack, which is very seldom heard. On closer inspection of the river it appeared that they had been disturbed and split up by a pride of lions, and the calls that were heard were as a result of the wild dogs trying to locate each other after what was without a doubt a stressful experience for them. Unfortunately we never managed to see exactly what had happen between these two incredible species, however the tracks (paw prints) in the river sand were evidence enough to understand what played out in the early hours of that Monday morning.

I think it is safe to say that as we head further into winter, we shall see a lot more activity along this lifeline that is the Klaserie River.