Tracking an animal takes time, effort, and most of all patience. It is not all about following footprints down a game path, if only it were that easy. Whilst out tracking wildlife, it is so important to stay vigilant within your surroundings and keep aware of sounds that you could be hearing within that area, one of those sounds could be a lion growling at you. 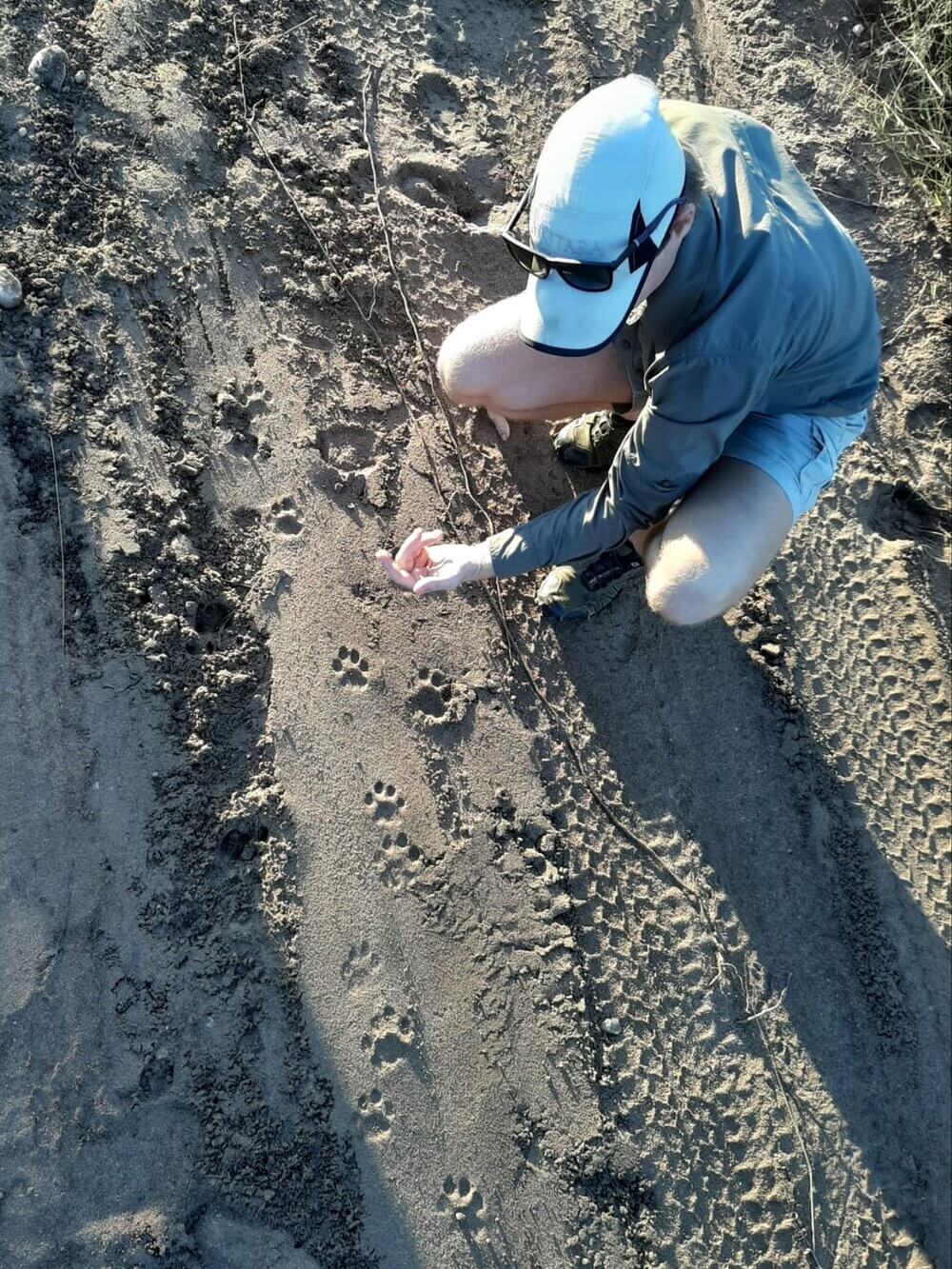 Tracking wildlife has been around for centuries. In the very beginning tracking was a useful skill for people to have whilst out hunting and gathering food. As the world progressed and South Africa became a popular trophy-hunting destination for many international travellers, tracking became a job title for many local people within South Africa. However, over the last fifty odd years a large number of private game reserves have opted to change their focus from hunting to game viewing, as many people in the world as we know it would prefer to shoot through a camera lens rather than a riflescope. Many trackers roles then changed from tracking to kill, too tracking to watch. In today’s world tracking is a professional qualification that you can obtain and there are institutions where it is taught within many countries in Africa.

Tracking an animal takes time, effort, and most of all patience. It is not all about following footprints down a game path, if only it were that easy. Whilst out tracking wildlife, it is so important to stay vigilant within your surroundings and keep aware of sounds that you could be hearing within that area, one of those sounds could be a lion growling at you. If you are not aware of those sounds you could end up in big trouble. Sounds such as the sharp hissing and clicking of the red-billed oxpeckers could be indicative of large herbivores such Buffalo, Rhino, Giraffe and many antelope species, as these birds eat the ticks off the coats of these animals.

Often whilst tracking a specific animal you might reach a point where you have lost the tracks (footprints) of the animal.  It then comes down to your knowledge and skills as a tracker to find other signs that might indicate that the animal had past through that area. That evidence could be anything from droppings to the fresh signs of feeding on trees (if you are tracking animals such as elephants or black rhino).

Proceeding with caution and having an escape route is another important part of tracking. Moving slow enough to not startle an animal and to make sure you don’t end up walking right past it, then all of a sudden you are the one being tracked “trust me it happens”. The best and most ethical on foot tracking encounter is finding the animal and remaining undetected for the duration of the time spent with that animal.

Here at The Last Word Kitara, our guides and trackers have an incredible bond and are constantly learning from each other.  As we often tell our guests “my tracker and I are married. As he spends more time with me than he does with his wife and I spend more time with him than I do with my girlfriend!”

We invite you to take our hand and let us show you the day-to-day lives of our guides and trackers as they track down some of natures finest.