Over the last couple of days we, The Last Word Kitara team, have really been taking advantage of the time and space we have to offer. Driving along the Klaserie River in the early morning in the crisp, chilly winter’s air, a layer mist overhanging the remaining water in the river line and the early morning sunlight bursting through the large Jackalberry trees along the riverbanks. 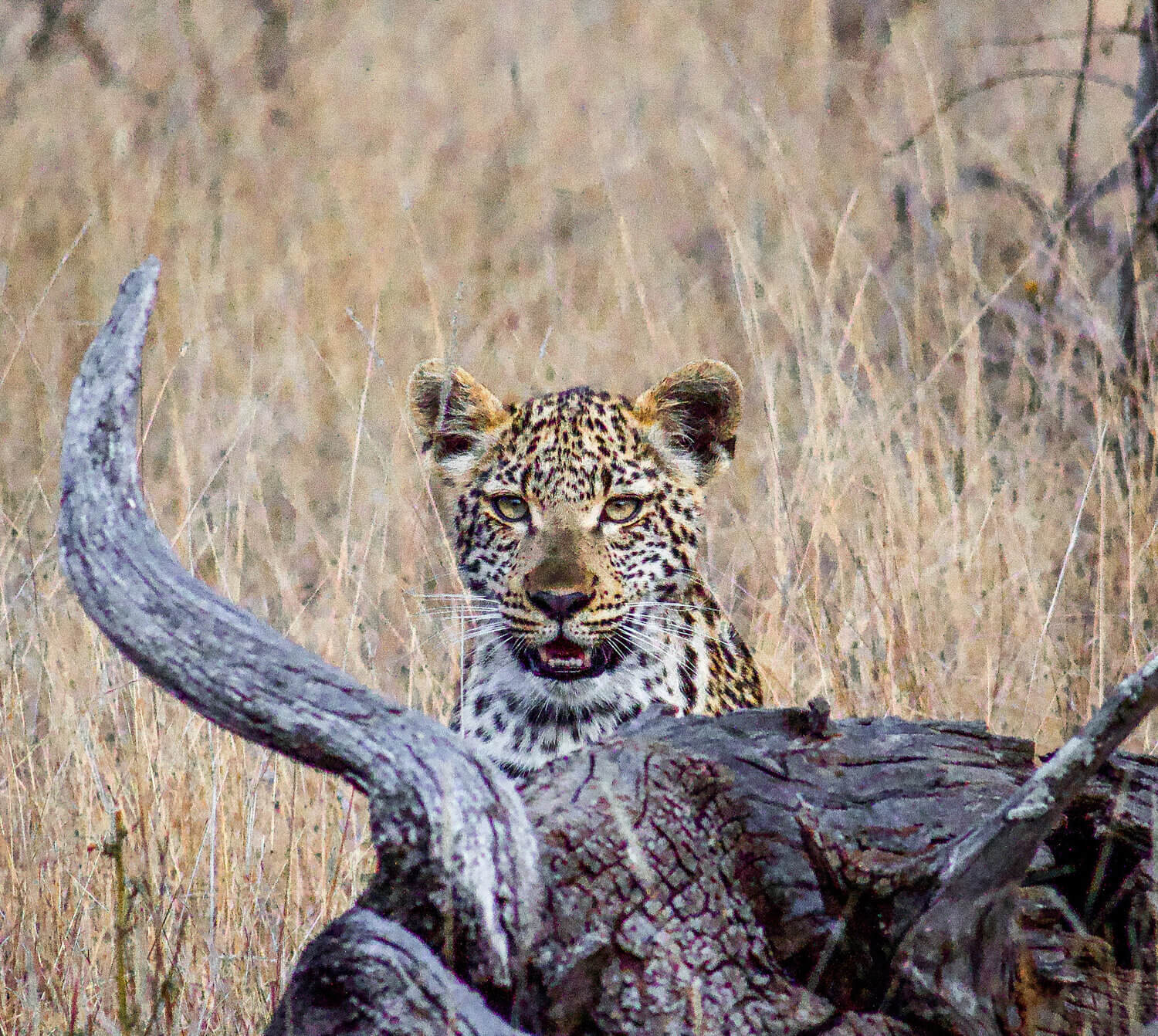 A New Addition to the Valley

Over the last couple of days we, The Last Word Kitara team, have really been taking advantage of the time and space we have to offer. Driving along the Klaserie River in the early morning in the crisp, chilly winter’s air, a layer mist overhanging the remaining water in the river line and the early morning sunlight bursting through the large Jackalberry trees along the riverbanks. We just knew that there was going to be something special about that drive!

As we drove up to an area where the riverbank opens onto a massive open clearing, an out of shape termite mound with a slightly golden colour caught my eye and I pumped the brakes. With my colleagues nearly flying past me over the bonnet as I took a second look, now it was clear to me, there was no misshapen termite mound. It was a beautiful female leopard sitting upright gazing at a herd of impala in the distance.  On further inspection of her spot pattern we identified that it was the Manzi female, a dominant female within the eastern section of our traversing area. As we edged closer to this beautiful creature with no change in her behaviour whatsoever, we made a second incredible discovery:

In the grass below the termite mound we noticed a small very camouflaged body lying completely still. At first we thought Manzi had made a kill. But moments later, what we thought was a kill pounced up and jumped at the Manzi female. It was a Cub, a confident little female cub and judging by size potentially between 5-6 months old.  We got closer to watch them bond and play with each other for about 20 minutes.

As the morning progressed and began to warm up, they started to move off in search of shade. However this young leopard, so inquisitive about the world around her, had barely noticed her mother had moved off. Climbing trees, playing with balls of elephant dung and finally darting off to jump onto her mothers back. Although it looks like useless playful behaviour, this behaviour is vital for the future livelihood of this cub. These acts will develop into skills that she will use whilst hunting and defending territory in the future.

We kept following them for a while longer until Manzi found a place that was secure enough for her and the little one to settle in amongst a terminalia pruniodes (purple-pod cluster leaf) thicket. As mother and cub cuddle up together to rest away the heat of the day, we thought we would leave them.

After an hour and forty-five minutes spent with the Manzi female and her cub and very little change in their natural behaviour, I couldn’t help but think how incredibly fortunate I was to have been allowed to have spent this amount of time with this these two beautiful animals!

I look forward to spending more time with these cats in the near future.