Within the North of the Klaserie Private Nature Reserve the landscape becomes incredibly different to what is found in the South of the reserve. 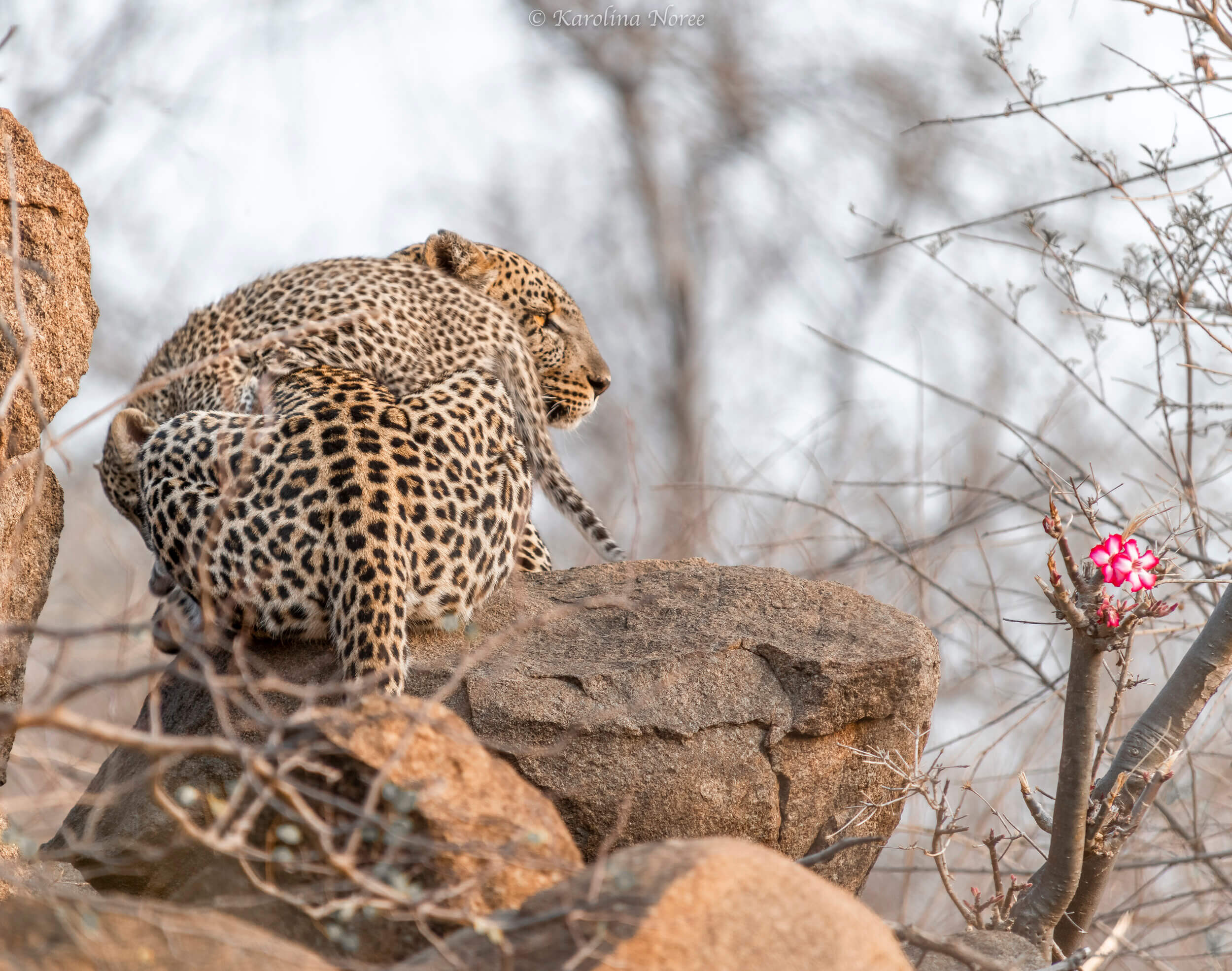 Within the North of the Klaserie Private Nature Reserve the landscape becomes incredibly different to what is found in the South of the reserve. Open plains turn into rocky hills and thick tributaries turn into tight drainage lines. The large rocky outcrops and compact drainage lines provide homes for many animals to breed and raise their young. One species in particular of late: a female leopard named Lamula has chosen a rocky outcrop very close to The Last Word Kitara as the first home for her new born cub.

The Lamula female is a resident and fairly well known female leopard to staff and guests that visit The Last Word Kitara. She is renown for coming into the lodge every so often, and we find her tracks heading straight towards the swimming pool for a drink presumably. Our chefs often refer to this female as Rulani which means “the relaxed one” in the Shangaan language. Often when we hear the echo of the bushbuck alarm call I hear our chef’s say “Rulani fambeni khida” which means “the relaxed one is going swimming”. She has brought many of us joy over the few years she has been the dominate female in this area.

According to one of our senior trackers, the Lamula female was born to the Manzi female in 2014 and was one of the Manzi females first litters of cubs. She was given the name Lamula after the colouration of her eyes which have a strikingly orange tinge to them. This is a very unique eye colour and not many leopards get such orange eyes. It is such a distinct identification feature, hence the reason the guides in the north decided to name her Lamula.

On an afternoon driving through a very rocky area we spotted Lamula very close to road and she appeared to be soaking up the last bit of sun for the day. As vehicle presence in the Northern Klaserie is minimal, we could sit with her for about 20 minutes before we saw it…… out of what looked to be the smallest opening in this small outcrop crawled this tiny roughly one month old cub. Thrilled and excited we sat and watch this little one gaze at what was obviously the first vehicle it had ever seen. Fortunately for us Lamula is a very confident leopard and showed no sign of aggression whatsoever while we watched her and her little cub bond and play for what felt like 30 seconds but was actually 30 minutes. As the sun began to sink and it started to become dark we began to head home. At that age the eyes for the cub are far from developed enough to handle a spotlight.

Going forward it is going to be massively important that we respect this den site, allowing limited amount of vehicle movement and most certainly no off-roading for the next month or two. This is part of a(n) habituation process to get these leopards used to vehicles. The vehicle experiences this cub has during the first few months of its life are some of the most important. If we in the north pay our cards right, we will have another beautiful confident cat to add to list of relaxed predators in the area.