The Pack That Never Seemed to End

The Klaserie Private Nature Reserve has for many years been referred to as a wild dog haven, with multiple den sites, by multiple different packs having been established within the reserve over the last decade and two of which were on Last Word Kitara property. 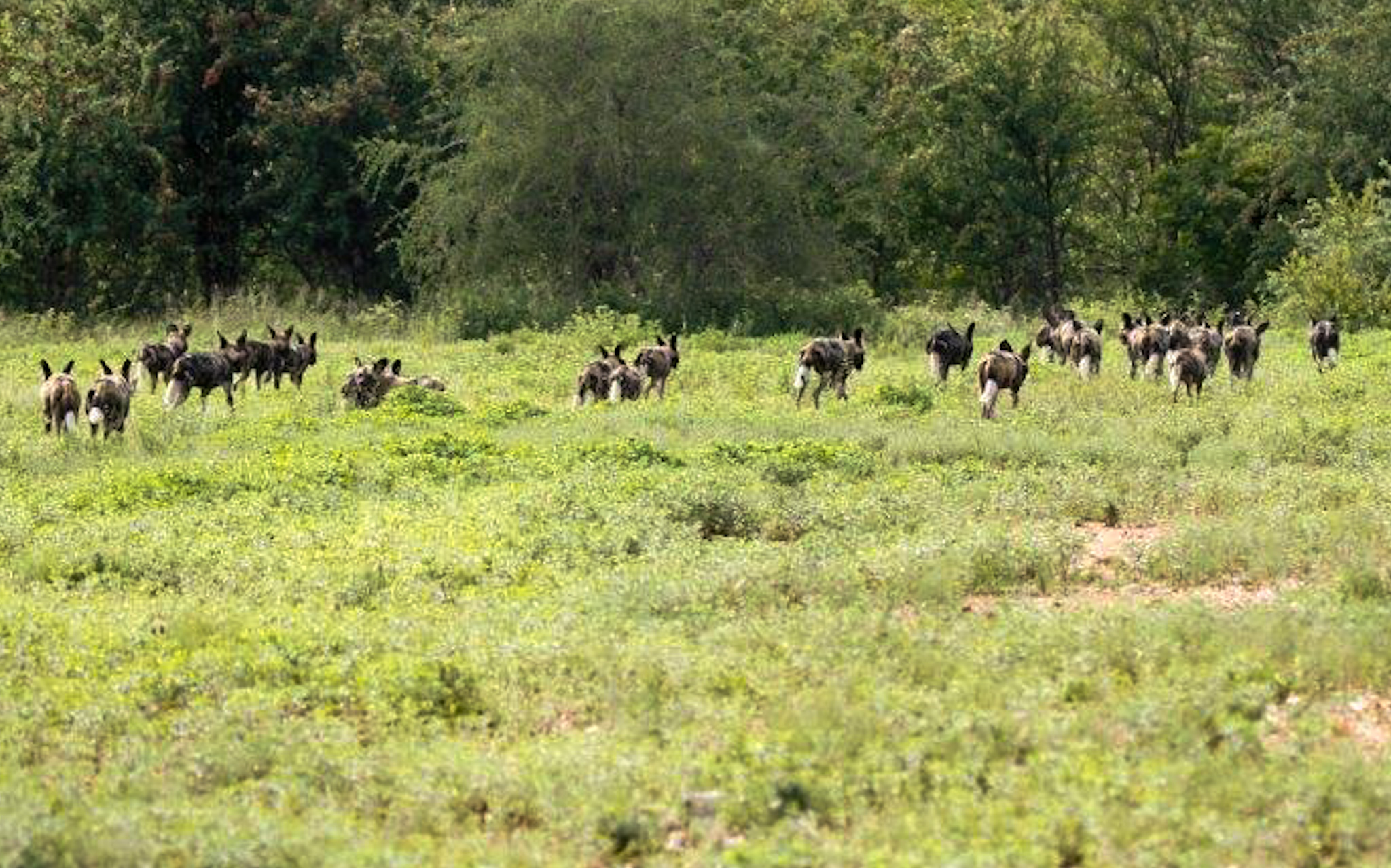 The Klaserie Private Nature Reservehas for many years been referred to as a wild dog haven, with multiple den sites, by multiple different packs having been established within the reserve over the last decade and two of which were on Last Word Kitara property. The various packs of the critically endangered African Wild Dogs have produced some phenomenal sightings and incredible photographic opportunities whilst they have moved through our traversing area. And the sighting a few days ago was no different.

Whilst out on an early morning drive, myself and Patric (tracker) decided to spend some time searching the areas around our waterholes within our traversing area.  As we had not received much rain over the last month or so, we felt the small seasonal pans would have dried up.  After a quiet start to the drive, it really looked like our plan might not work out for the morning. Between Patric and myself, we felt that we hadn’t circled enough blocks and, almost in a sense, had not worked hard enough within that area. We sat at our morning coffee stop and pondered our options. With the morning heating up, we decided we needed to check one more waterhole. Nzumba waterhole has, in my career at Last Word Kitara, always been one of the most productive water sources in the area. As we approached the waterhole, something just felt strange to both Patric and myself. On switching off the engine we heard a loud splash from the waters edge and there they were five beautiful African Wild Dogs playing in the shallows of the waterhole. This amazing moment didn’t last long. Before we knew it, they were up and highly mobile heading towards the nearby airstrip. We circled around to the airstrip to cut them off and from here it was absolute mayhem.

Dogs were everywhere; the airstrip was covered in wild dogs: the biggest pack both Patric and myself had ever seen. First we counted 30, then we counted 34, then we counted 40 and finally we settled on between 35 and 40. It was simply impossible to count. The sights and sounds of this pack were simply breathtaking.

Just as we thought the pack was going to settle for the day, they were up and moving at high speeds once again. We knew what they doing, we’d seen dogs move like this many times before. They were hunting.

Driving behind this trotting pack of so many dogs, with adult dogs leading from the front and youngsters bringing up the rear, we knew we were in for something special. Out of nowhere, nothing but the bleating cries of nearby impala could be herd. Between this massive pack, they had made 4 simultaneous successful impala kills within the distance of not more than 300 meters. Obviously the adult dogs knew how much meat the pack needed to keep this many dogs going. Believe it or not, these 4carcasses lasted no more than 20 minutes between this large pack. As the dogs started to settle in some very dense vegetation, we began our drive back to the lodge after two hours of nothing but pure magnificence.

With the approximate global statistic of wild African Wild Dogs being at less than 5000, we should really count our blessings being able to watch and monitor these beautiful creatures for the amount of time that we can here in the northern Klaserie. A great start to the festive season at Last Word Kitara, we can only hope that Mother Nature keeps being as generous as she has been.