As of January 2020, the Timbila Pride has become the new dominant pride within the Northern Klaserie. Our recent sighting of them was this week after the pride had obviously just finished off a very large kill as their bellies were ginormous! The only two individuals that were missing was one of the older females along with her two 11 month old cubs. We assume the pride had brought down a young giraffe or potentially a buffalo the night before we found them. 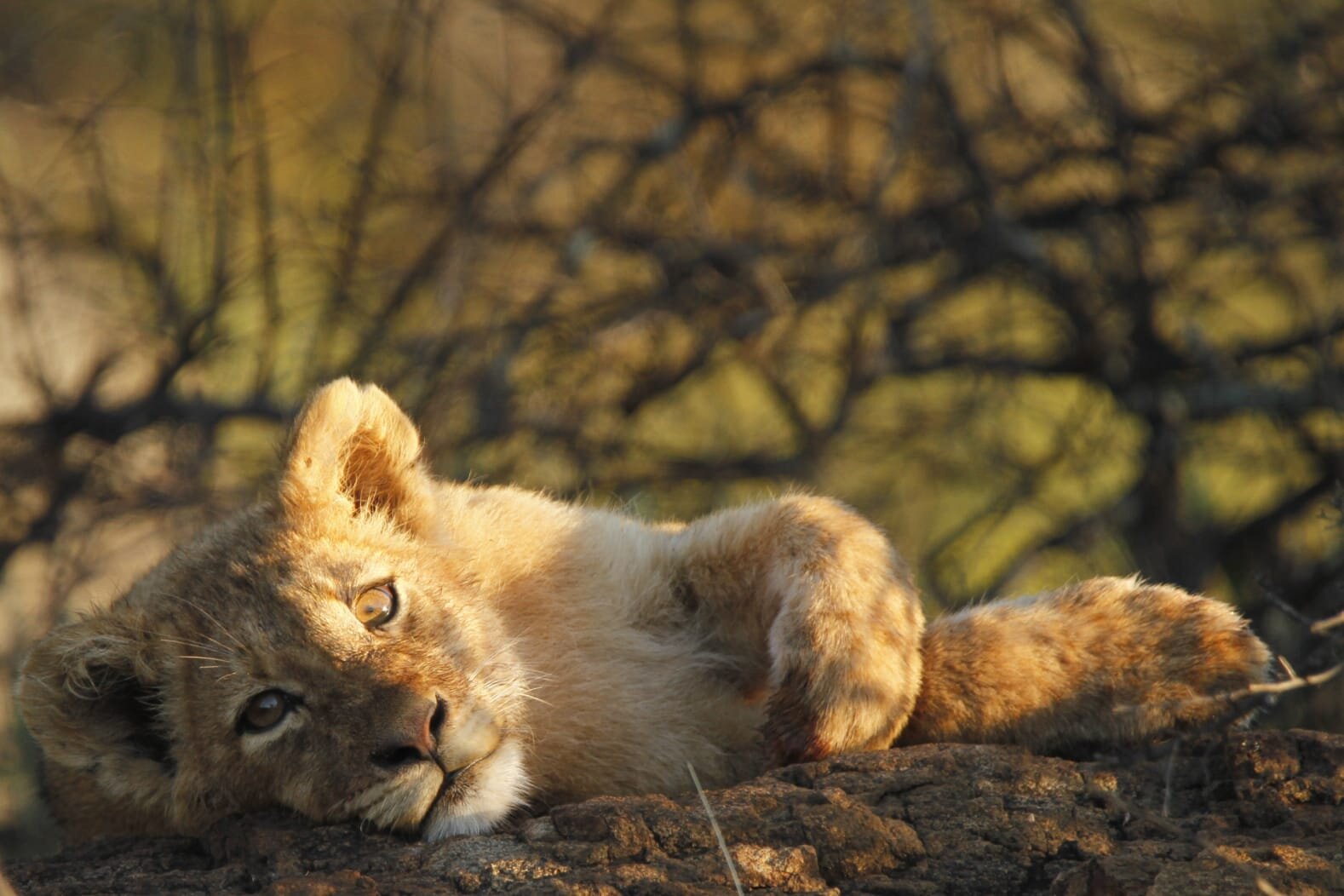 The two Timbila males are looking extremely well. From what we witnessed, they are incredibly tolerant of their young playful cubs and, in most ways, the males seem very proud of the little ones. The males manes seem to be darkening fairly quickly since they first arrived in the area, this would be largely due to the amount mating they have been doing. Males manes darken in colouration due to the amount of testosterone the body is exposed to.

The Timbila males seem to be holding a firm grip on their territory, which is a good thing for the cubs, as the roars and strength of these males seems to be keeping intruding males away.

The Timbila Pride females have been spending most of their time lately in the far northern corners of their territory. It made the guides in the area question why this was. It appears that the youngest of the Timbila Pride females has given birth to two tiny cubs, which are now roughly six weeks old at the moment. The pride is growing fast and the pride numbers include five females along with ten cubs aged between six weeks through to eleven months. However, there is one female that we haven’t seen in awhile and we are hoping she will make an appearance soon.

With a total of sixteen lions dominating the Northern Klaserie we can only hope that they keep providing us with these amazing sightings.