We have a resident young female leopard that tends to venture in and out of The Last Word Kitara. Her presence has noticeably become more prominent as our lockdown has progressed. She is a small, young and very curious individual and we have grown quite fond of her being around. 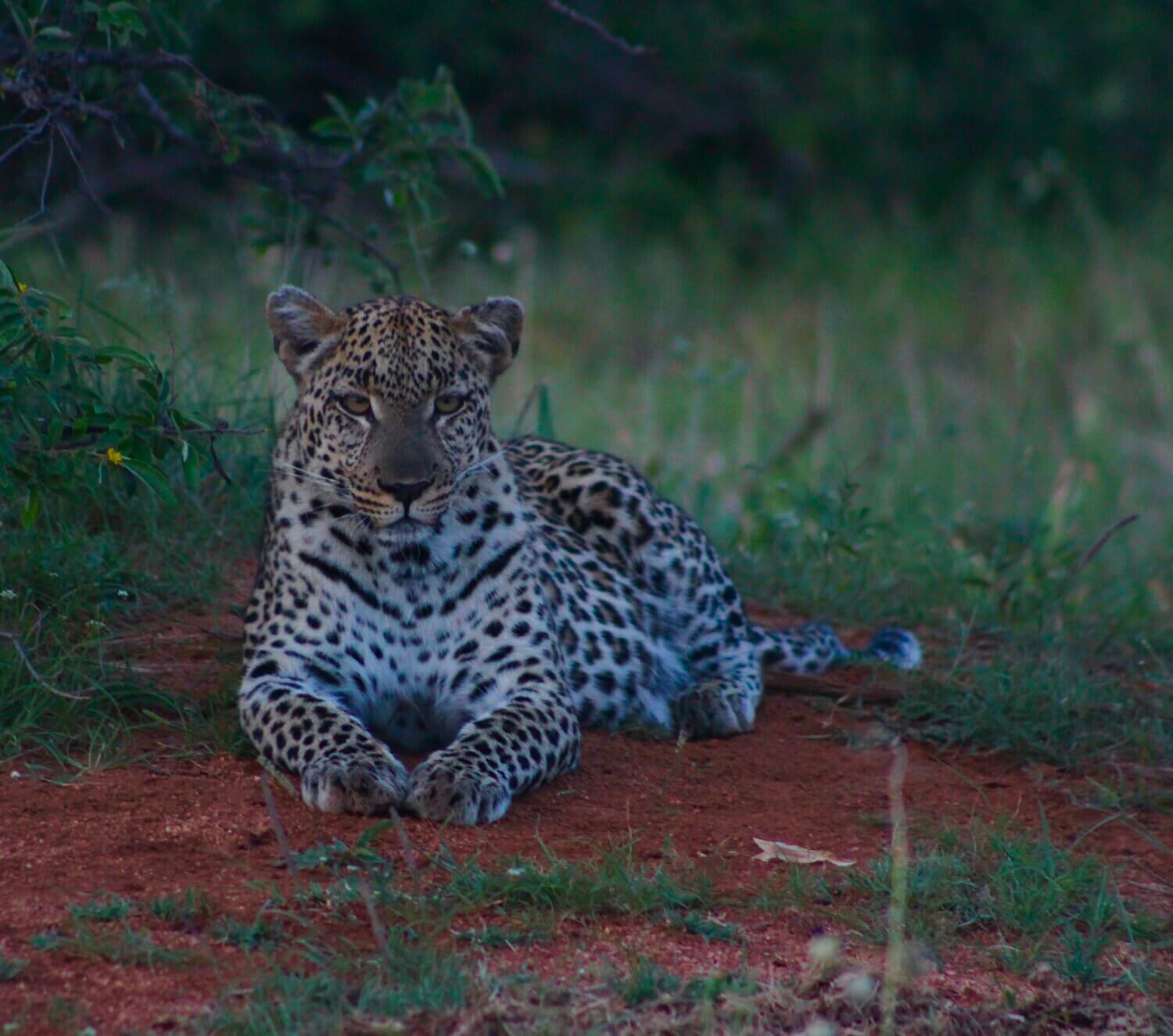 Mother Nature is a Language, You Just Need to Know How to Understand Her.

As mentioned in one of my previous blogs, we have a resident young female leopard that tends to venture in and out of “Kitara Lodge” The Last Word Kitara. Her presence has only become more prominent as the lockdown has progressed. She is a small, young and very curious individual and we have grown quite fond of her being around, even though she has not been seen too often. Stefan and myself managed to locate her on foot this week and her reaction to us was remarkable.

We began our day with checking emails and starting with our normal day-to-day lodge maintenance and standard camp upkeep, we noticed some very strange behaviour from our resident ground dwelling birds. They seemed to be very panicked over something in the area. As we do have a large amount of birds of prey in our area who would defiantly prey on one of these francolins or spurfowl, we did not take much notice of it.

The morning progressed and the birds calmed down, a loud bark was heard behind the reception; a bushbuck was alarm calling! Bushbuck are clever animals and do not just alarm call for anything. Stefan and myself moved into the area to investigate, but the bushbuck was nowhere to be found. We stopped on the road to listen again, only to look at the ground and see what we had no doubt in our minds was extremely fresh leopard tracks, and as if purposefully synchronised, the bushbuck called again. As we moved into the thicket, within meters we saw the female bushbuck who was looking very uneasy. We stopped to monitor her behaviour for a short period and it seemed as if she was following something, then it dawned on us she was following the leopard.

Antelope, such as bushbuck, will often follow predators due to the simple fact: a predator you can see is always better than one you can not.  As the bushbuck started to back away from the area we decided to follow up further. Moments later we stopped dead in our tracks! There she was, not even 20 meters away, peering at us over a small raisin bush, the beautiful unscarred face of a young female leopard. Her nose still pink in coloration and her ears undamaged, her beauty was worth a thousand words.

As we stood there for what felt like a lifetime, this young female showed no sign of aggression or fear for us, which was so fascinating for Stefan and myself. After what must have been a minute she bowed her head and snuck off into the thicket. We too then headed out of the area thrilled with our sighting and also not wanting to put too much pressure on that leopard.

It is important to know and understand the signs of Mother Nature. She tends to be like a storybook, one thing will always lead you to another.

It is also important to respect her and know when your time with these animals has elapsed. We had an amazing on foot encounter with that female leopard, there is no need to invade her personal space anymore than we did.