Even with the entire country in lockdown, life waits for no creature, the world continues to turn and on this particular day in the African Bushveld, that is exactly what happened. 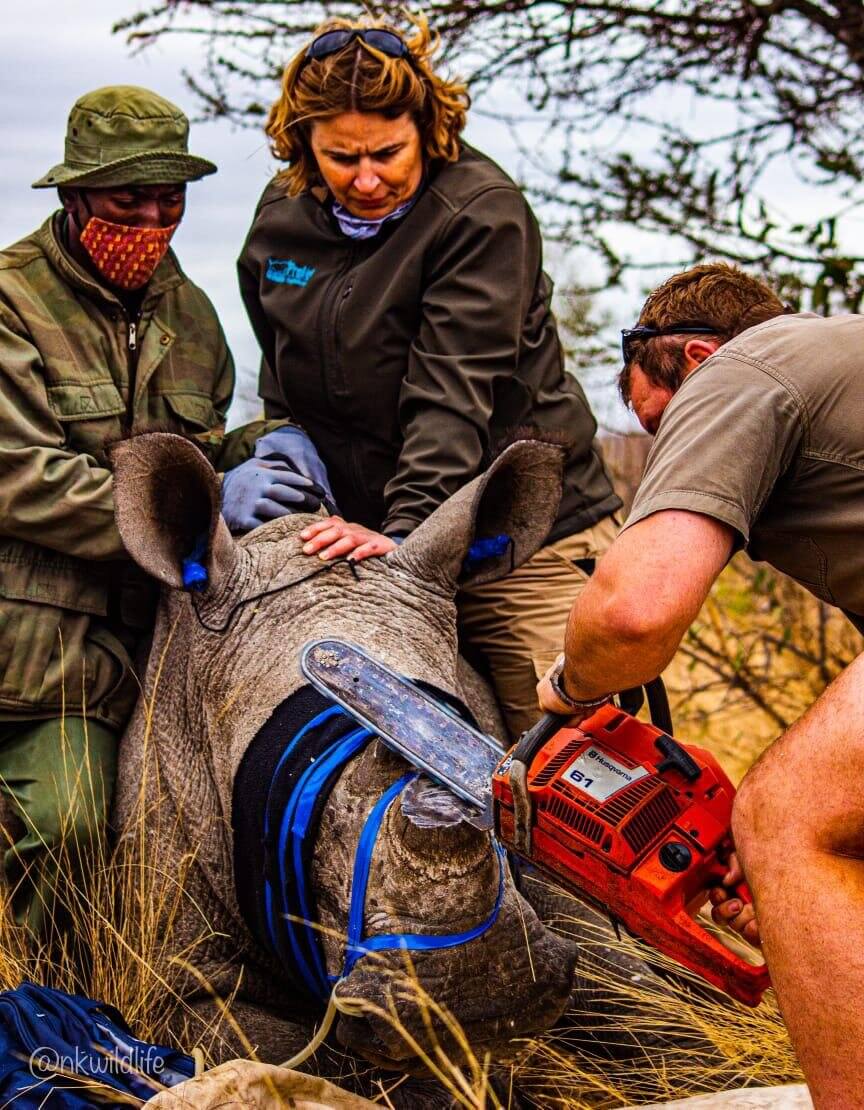 Hope for a Rhino

During a time of unease worldwide one can always hope that good shall prevail.

Even with the entire country in lockdown, life waits for no creature, the world continues to turn and on this particular day in the African Bushveld, that is exactly what happened.

It was a cold winters morning in the heart of the Klaserie Private Nature Reserve. Winds were howling, making the day’s events slightly more challenging for everyone involved. We were a small group of individuals searching for a somewhat prehistoric animal in order to try and make a difference.

We arrived at the pre-organised meeting point and huddled together as a group. Even though it was an incredibly early start that morning, we were all bright eyed and bushy tailed, excitement murmuring through the group.

Today was the day that we were going to dehorn a rhino!

Fred and Manuela Crabbia, owners of Klaserie Camps Nzumba, sponsored this event to share this eye-opening experience with their grandchildren most of all, in order to pay-it-forward and pass on the importance of conservation.

Many of the group had never had the privilege to come into touching distance with such a large magnificent animal, and for the youngsters that were with us, one being as little as six years old, I can only imagine the wonder and awe that this child experienced being in such close proximity to this animal.

Before the start of the morning events, Dr Peter Rogers, the vet running the operation, gave us a briefing on exactly what to expect throughout the entire process. We sat in the windy, chilly conditions for what felt like ages as we waited for Jana from Hope for Wildlife to locate the rhino in her helicopter. Once they did, it felt like we went from zero to a hundred within seconds.

There is only a short window of time the team had between locating, darting and driving to the rhino in order to get the procedure done. This was a guide’s only opportunity to ‘bundu bash’ through the bush, chasing after a drowsy, disorientated, two-ton animal.

Less than 10 minutes after the animal was darted, he was down and in what felt like the blink of an eye, our vehicles had stopped, the entire team had jumped off and organised chaos ensued.

As the guides, we had to keep our group safe and away from the animal, until the situation was under control. The rhino’s eyes were covered, his vitals were monitored and once the team was happy that all was well, we could approach.

With the dehorning underway, the group was slightly tentative in their approach of the rhino. Except for an eight-year-old boy with an obvious passion for wildlife and no fear of the unknown.

Dr Rogers seemed to notice the boy’s fascination with the current events and immediately took him under his wing throughout the entire process.

For someone to witness an animal losing the very thing that makes it unique, can be quite traumatic. Even with such an efficient team that worked like a well-oiled machine, there must be a level of understanding as to why it needed to be done. For this young boy, with so much life and experience ahead of him, there was an understanding in his eyes that brought hope to a somewhat poignant situation.

The rhino, B48, was renamed Adriano, after the young boy who was the first to touch him, and the last to leave him behind. Leaving with the rhino, the hope of survival and the hope for the future of conservation.

“The people who are trying to make this world worse are not taking a day off. Why should I?” – Bob Marley

Thank you to all the people that were involved in this massive operation. It was a privilege to be a part of this experience, and what an unforgettable experience it was.